Not all books are written equally. Let’s be quite clear on this statement: there are some titles that magically appeared in your high school English classes or your syllabus on the first day of school. Who put them there you ask? Tradition, stubborn professors or old literary critics who still worship the classics of the past.

Some titles are wonderful, but become overrated by the constant reteaching of it in schools. As a student pursuing a bachelor’s degree in criticism, pessimism and disappointment, here is a small list of novels you should run very…very…very far away from.

Stupid guy gets on a boat despite his father’s warnings. There’s a big storm, boat crashes, some stuff happens. Still not fazed by the fact that he almost died, he gets on another ship and BOOM another storm. Everyone dies, he gets washed onto a supposedly deserted island.

Long story short, substitute the ship with a plane, and a cannibal who befriends him with a volleyball that has a bloody hand print on it and you got the movie “Cast Away.”

How many people can die or go missing on this family’s desperate trip to California?

How many novels do you know of that end with a young woman breast feeding a middle aged man?

Just this one, my friend.

I have immense respect for Steinbeck as an author, but my eyes died after 528 pages of this drawn out novel. It could have ended long before it began.

Albeit, I was a sad little teenage girl when I first read this. It was something that hit home with me and I cried when Phoebe got on that carousel. Loved this novel until my high school teacher told us that the message was mainly about how this angsty boy did not want to let other kids grow up. What?! Man, have I ever misread something. 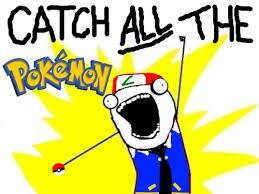 The green light. We get it. 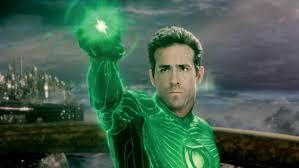 Dead body + dying wish to be buried in hometown + coffin + dysfunctional family = do not touch this book.

A mother passes and her wish is to be buried somewhere that will take her family nine days to travel by carriage. Okay, let’s stop and think about this. Nine days carrying a decomposing body across land and water (oh yeah, they almost lose her coffin in the river). I’ll be honored to rename this novel to, “As I Lay Dying I Stank Up the Whole Freaking Town and Made Everyone’s Face Look Like This:”

Yes, James Franco did do a 2013 remake of this novel. No, I will never watch it.

If you love these novels, cool. My opinion is by no means the truth and because I’m constantly being told to read this great novel or this revolutionary piece of literature, I like to poke fun at the classics we all hold dearly. Because at the end of the day, this is just a nerd’s post on a bunch of nerdy books. Don’t hate, just appreciate.